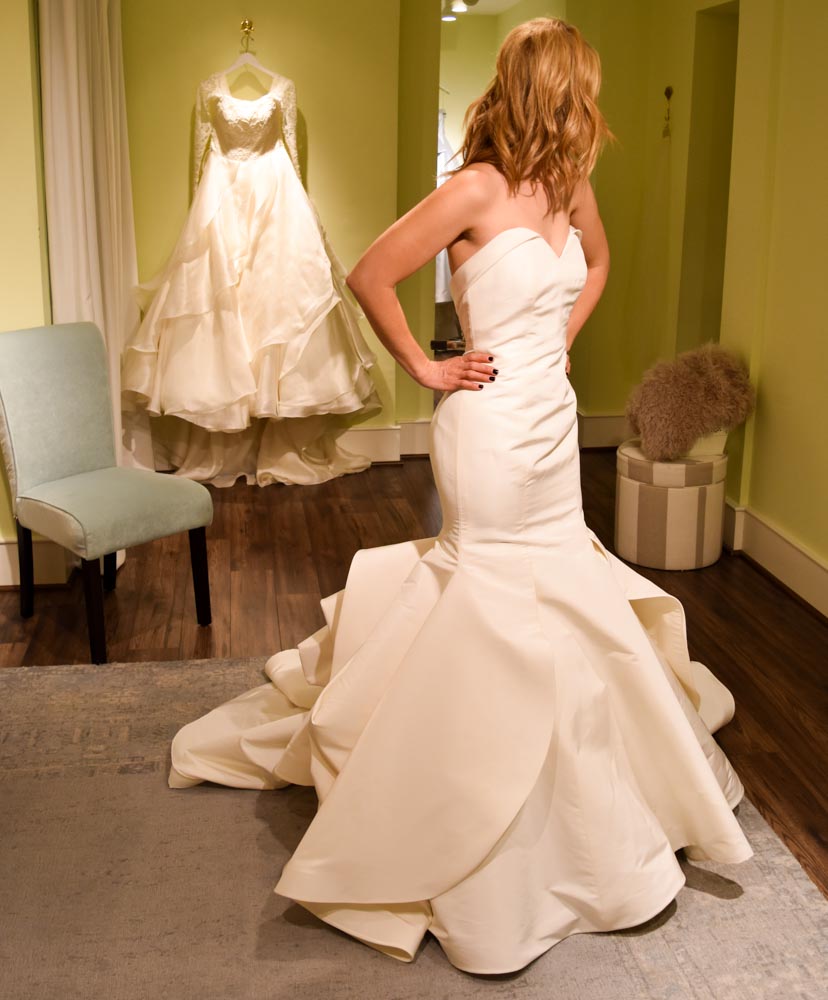 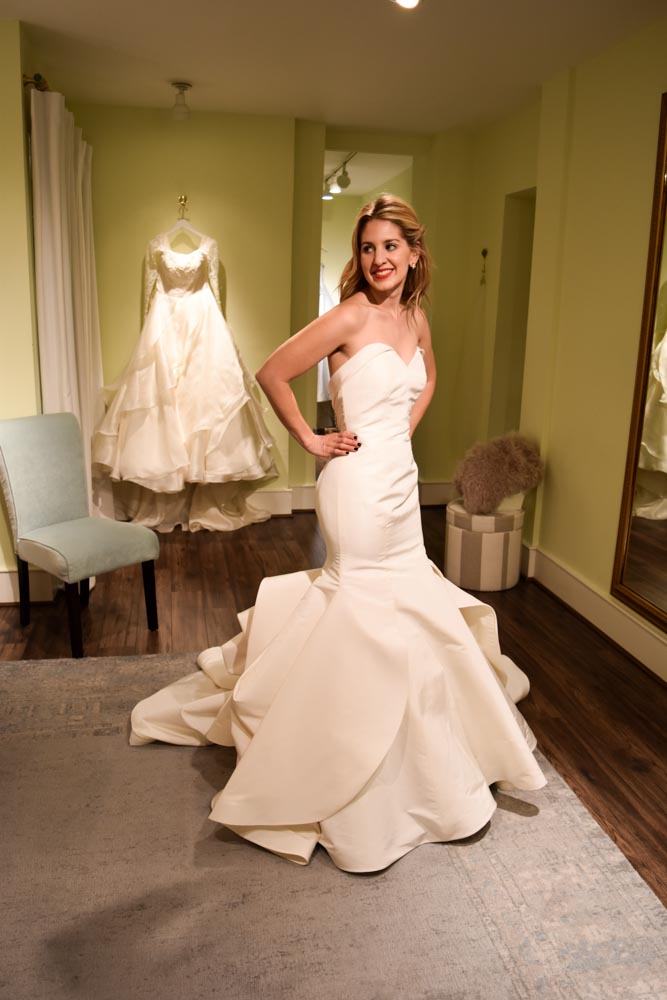 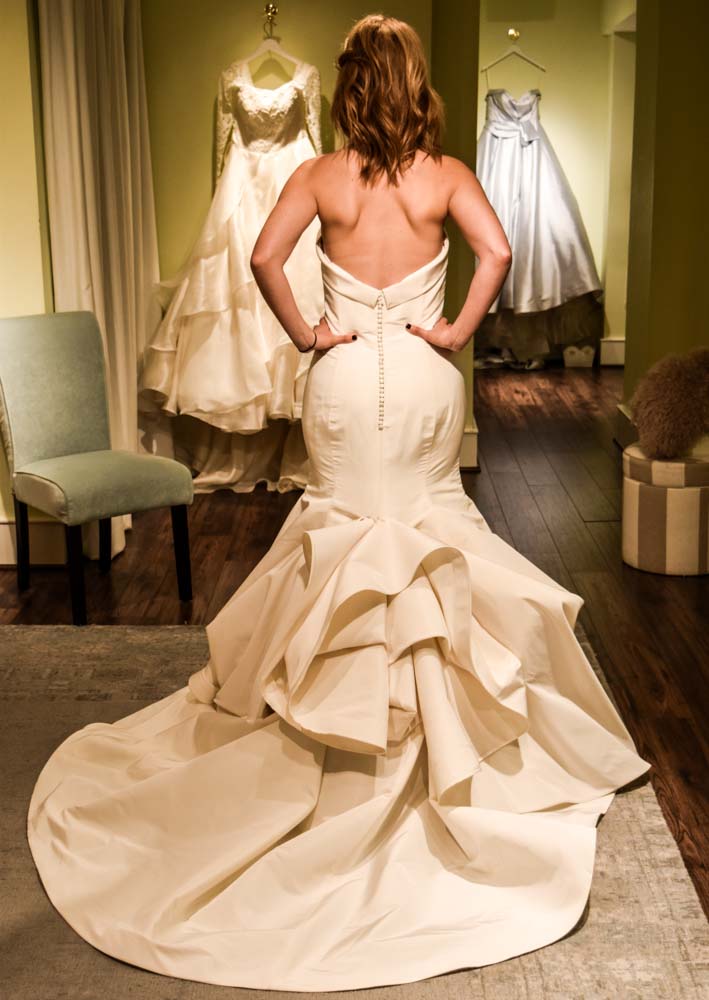 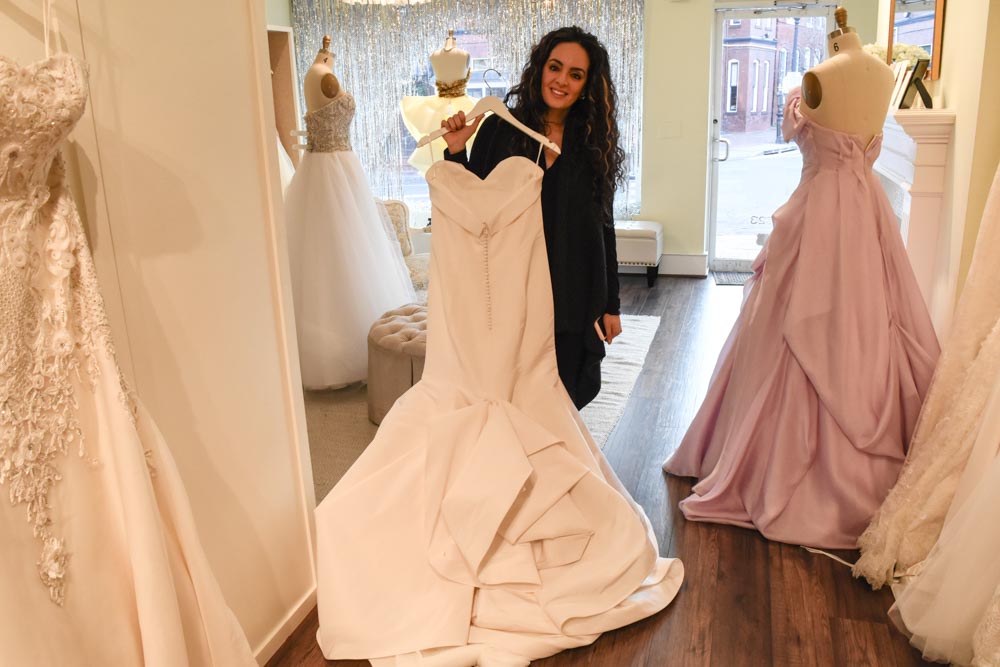 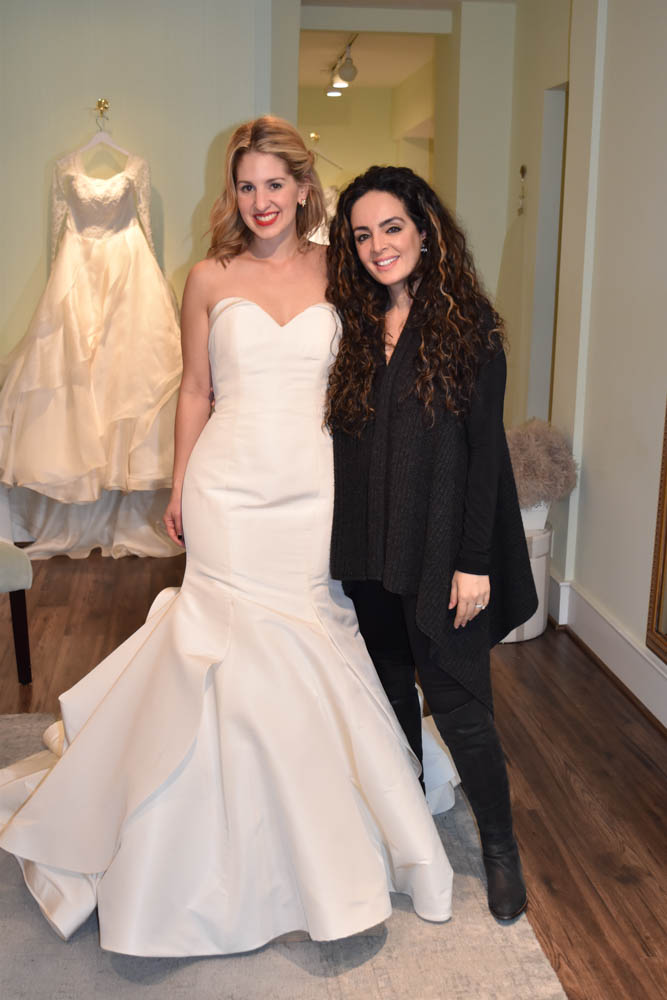 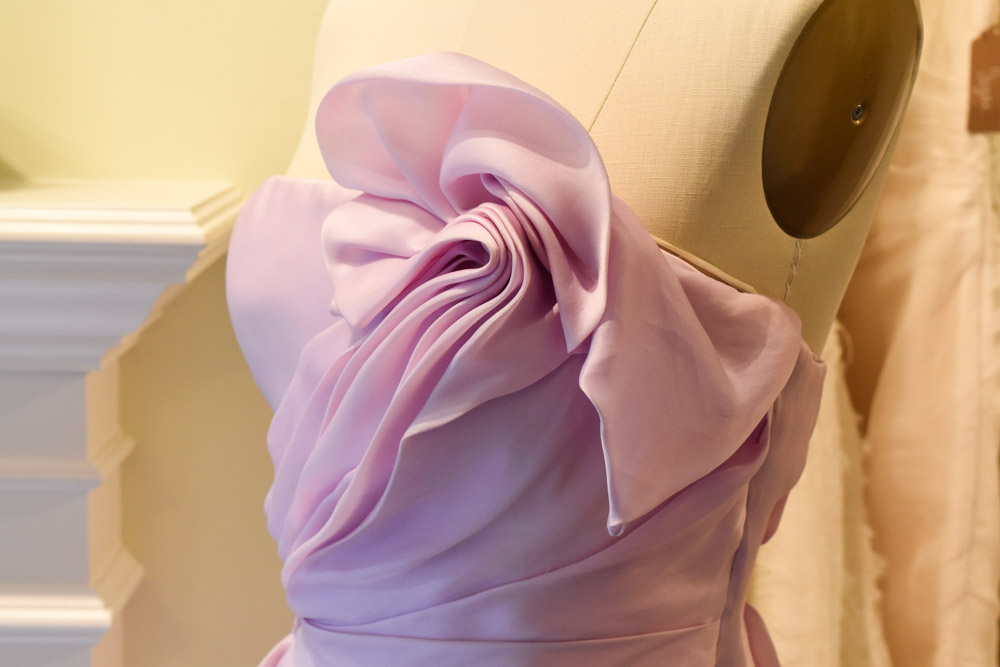 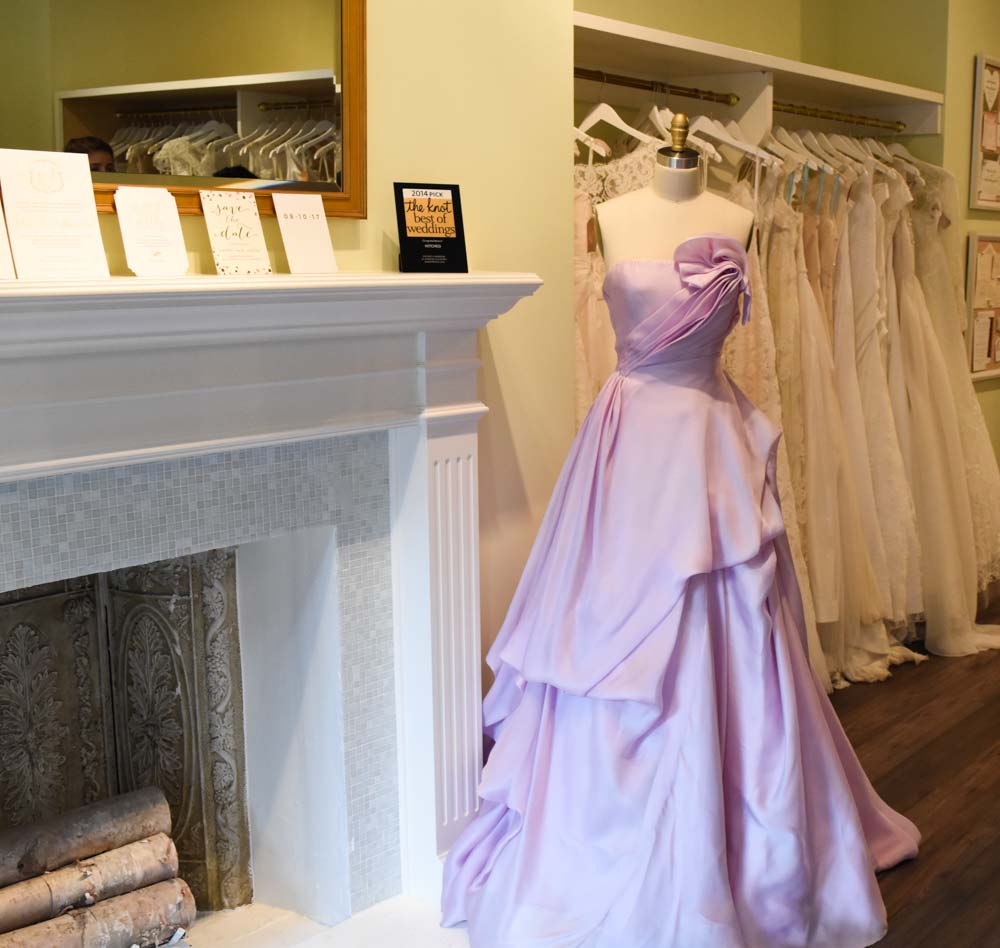 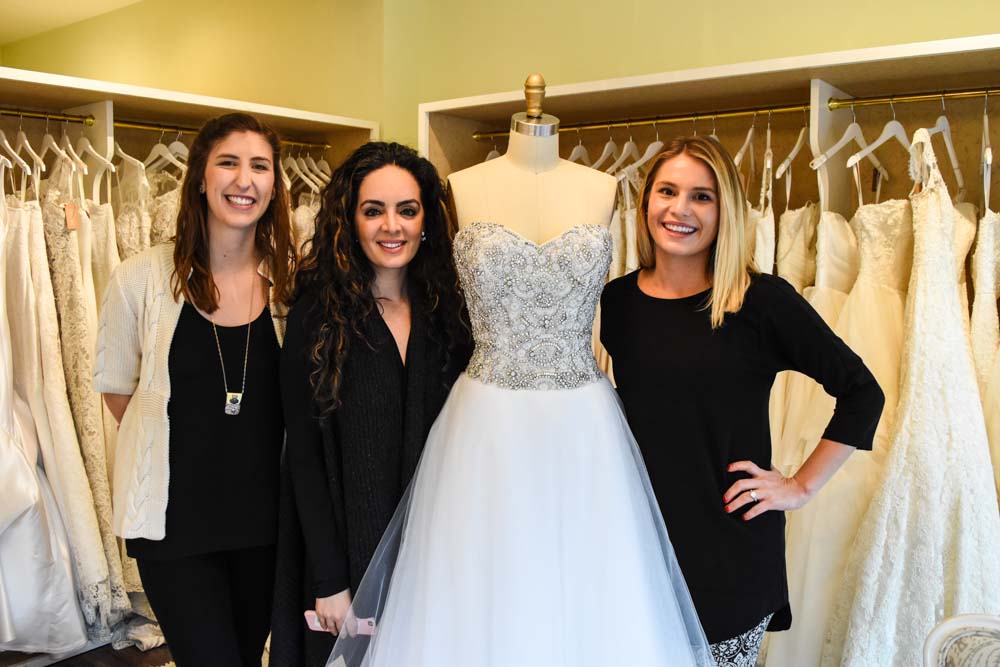 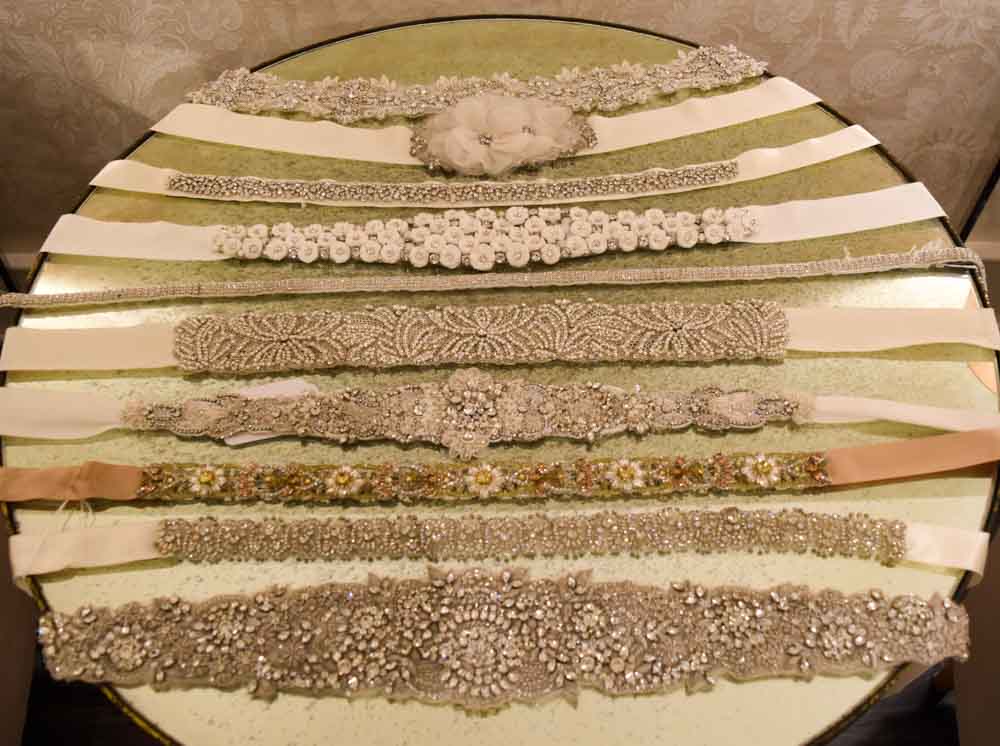 Disclaimer: While I’m not engaged or getting married right now (as far as I know),  I am featuring a local designer who makes beautiful wedding gowns and modeling her dress to show readers how amazing  her designs look when they are worn.

Over the weekend, Hitched Salon in Georgetown hosted a trunk show for Sareh Nouri, one of the most talented couture wedding dress designers to emerge in just a few short years.  I was lucky enough to meet this lovely designer thanks to a thoughtful mutual friend of ours and to learn more about this DC native who now has wedding dresses that are sold in bridal and luxury stores worldwide.

I should start by saying it had never crossed my mind to feature wedding dresses on my blog, but because Sareh and Hitched have a local angle, it was an opportunity I couldn’t pass up.  Also, Sareh’s couture gowns will soon be worn for formal events outside of weddings. To this end, keep your eyes peeled during the upcoming awards season.  I have heard that Sareh’s dresses, including the one I am modeling (named “Artemis”) in these photos, may show up in beautiful colors like cadet blue or merlot.   Additionally, for DC women, it’s never too soon to think about what you will be wearing to the White House Correspondents’ Association Dinner in April of next year. Sareh’s designs could be the perfect option.

After moving to the U.S. from Tehran at the age of 10, Sareh Nouri grew up in Northern Virginia and attended George Mason University, earning a degree in graphic design.  For her own wedding, in 2009, she could not find “the” dress, so she decided to design her own.  The experience stayed with her and Sareh began working at a bridal boutique in New Jersey.  Working with dresses from bridal couture greats Reem Acra, Carolina Herrera and Vera Wang, she was again inspired to design a wedding gown — this time a whole collection of her own.  Sareh explored this idea by making six intricately beaded belts, which sold out quickly in the boutique she was working in.  The instant sales of these belts made her realize that there were customers ready to purchase her designs, and so she moved on the wedding dresses.

In 2011, Sareh Nouri dresses were in just two boutiques. By 2013, her gowns could be found in forty stores.  Her success has only continued.  What I love about Sareh is that all of her gowns are made in the U.S.  Her fabrics are only the highest of quality; sourced from world renowned design houses (lace from France, beads from India, silk from Italy), but every dress is made here in America.  The advantage to the location of Sareh’s manufacturing headquarters is that she can work closely with her brides for customization and tailor gowns exactly to their liking.

As you can tell, Sareh’s designs are exquisite.  Wearing her gown had me feeling like I was on a red carpet for the Academy Awards.  I know if I ever have an occasion to wear Sareh’s designs, I will certainly be making that happen.  I also know that many engagements take place over the holidays – remember Sareh, Hitched, and this post when you decide to look for a dress!

Hitched is co-owned by Katelyn Strasdaukas and Katie Watson.  These ladies are featured in the photo above with Sareh Nouri and were both at the salon when I was there.  They were so lovely to let me take photos and host me and my friend.  Katelyn and Katie grew up together and are best friends.  I love this fact about them.  The entire team at the salon is warm and friendly, I can see why a bride would want to make an appointment for dress fittings at Hitched, it was a great experience even as a non-bride.  Katelyn recently got engaged, but she told me she has not picked her wedding dress yet, I can’t wait to learn what she chooses!

*A special thank you to my friend Sarah Mamula for your thoughtfulness and help to make this blog post happen.